Humble Beginnings of a Golfing Culture in Portugal

It was in the 1920s that golf first made its way to the Algarve. This was a time of great expansion for the game, which had previously been a pastime primarily enjoyed in the United Kingdom and America. Golf originated in Scotland in the Middle Ages and remained quite unknown to outsiders for many years after this. The game was quite different then, with pebbles usually used instead of balls, and sand dunes the favoured place of play.

The earliest man-made golf balls to be recorded were thin leather bags stuffed with feathers, although they were soon replaced with balls made from sap which resembled their modern counterparts. Had it not been for Queen Victoria and Prince Albert, who built Balmoral Castle in the Scottish Highlands, golf may have remained unfamiliar to many. These royal connections in the area, however, led to a general public interest in Scotland and all of its cultural traditions. This, along with a rail link between London and Edinburgh, put Scotland and its sports into the spotlight. The decades that followed saw golf clubs established in British colonies including Australia, Canada and Singapore. Keen to attract British guests, many continental European resorts followed suit, including the Algarve.

The Rise of Golf in the Algarve

The first golf course in the Algarve was built between Portimão and the beach of Praia da Rocha. The beautiful natural landscape of the area proved a tricky host at first, as a lack of freshwater meant that the greens had to be constructed from sand and oil. It was some 40 years later that Sir Henry Cotton built the first traditional grass course in the Algarve and brought notoriety to the area as a golfing destination and enable the first golf hotels in Portugal to spring up.

The golfer and architect built a total of three courses in the Algarve, including the The Penina, now called the Sir Henry Championship Course. This course has come to be considered the "grandfather" of courses in the Algarve, and has been the venue of the Portuguese Open on numerous occasions. It was built in 1966 and is situated on a 360 acre estate which today exists as the five-star Penina Hotel and Golf Resort. One of the first, and flagship golf hotels in the Algarve. Cotton planted 360,000 trees and shrubs to create a woodland environment on the course. He also developed streams and lakes, well-placed hazards, and a challenging, yet traditional, layout.

The Rise of the Portuguese Open Golf Competition

The developments made by Sir Henry Cotton proved a catalyst to the creation of many golf courses and golf hotels in the Algarve. Golf course architects flocked to the area, taking advantage of beautiful scenery and a mild year-round climate to create courses which are now world-famous. The 70s and 80s saw a great increase in visitors from Britain and the rest of Northern Europe embarking on Portugal golf breaks.

This increase in tourism was enjoyed throughout the year, and the most desirable time to play golf in the area proved to be autumn, late spring and winter. Competitions, including the Portuguese Open, began to be established in the 50s, and are still held to this day. Now, and since 1973, the Open has been part of the European Tour, and there's a substantial monetary prize for the winner. The first ever winner of the Portuguese Open was a Scotsman named Eric Brown, which is quite fitting considering the roots of golf itself. From there, players from across Europe were victorious, and in 2010, the first ever Danish winner was announced.

Today, the Algarve is an extremely popular golfing destination, which plenty of luxury resorts and restaurants to supplement the many courses. Celebrities and sporting legends are recognised as frequent visitors, and all tourists are welcomed warmly by the Portuguese. The Algarve has the largest concentration of golf courses in Portugal, which now has about 80 in total including Academies. Many PGA Professionals choose to teach in the Algarve, so those visiting can always benefit from expert instruction.

Thanks to the work of Sir Henry Cotton, the Penina Hotel & Golf Resort remains one of the most desirable golf hotels in Portugal... with one of the finest championship golf courses in Portugal, the Algarve - and even Europe.

If you're looking at booking a golf holiday in the Algarve, take a look at the offers and packages available at Penina today. 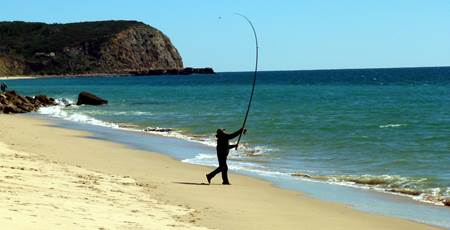 The Algarve offers many fun, family friendly activities located only minutes from or within Penina’s five-star resort. Sports enthusiasts can enjoy a round on the world-class Sir Henry Cotton Championship Course and try out a range of water sports on the area’s stunning beaches. While those hoping to experience local culture and cuisine can sample delicious traditional dishes, explore historic sites and admire views over the Ria de Alvor Nature Reserve. 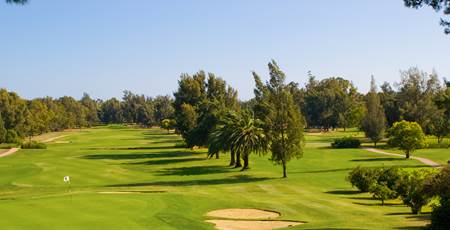 JJW Golf Courses in the Algarve